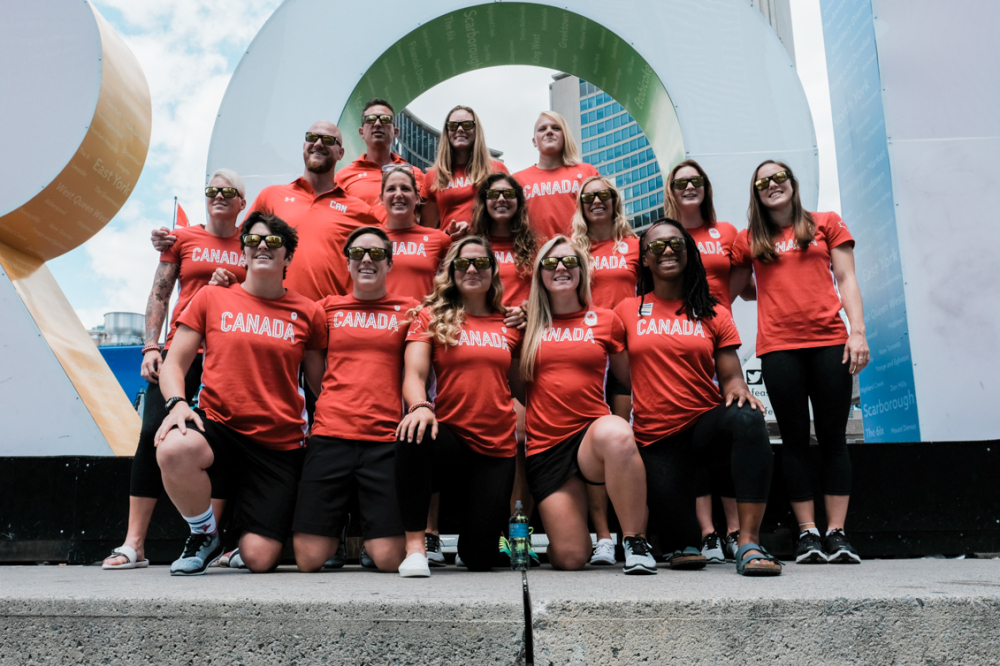 On July 26th, 2016, TIRF had the opportunity to participate in the Women’s Rugby Sevens Team send off at Nathan Phillips Square. This was the team’s last stop in their Canadian tour before heading to Brazil, making it especially important in their training trip around Ontario before Rugby’s debut at the 2016 Olympics.

Amidst cheering fans, the Canadian Women’s rugby team was introduced to Mayor John Tory then had a meet and greet with the eagerly awaiting youth. Many were starstruck getting so close to the team that just months ago, brought home the gold at the PanAm games.

In attendance were 60 boys and girls from the Regent Park Community Centre along with a number of TIRF Interns including Kara Gani and Thomas Davidson who currently play for Canada. Headed by Captain Jen Kish, the Women’s team left a strong impression on all the youth but particularly on the young girls who look up to them as a source of motivation and encouragement. For a game that is typically perceived to be a “tough” sport, seeing the Women’s team doing so well – and currently outranking the Mens internationally – can be incredibly powerful in giving something to aspire to.

One of TIRF’s main goals is to provide an opportunity to play rugby for youth coming out of Toronto’s Neighbourhood Improvement Areas (NIA’s). Without a proper support system, which includes financial and moral support, extracurriculars can be hard to come by meaning that sometimes the outlet young people need the most is unavailable to them. Team Canada’s Charity Williams is a wonderful example of how perseverance can help bridge the gap that TIRF is trying to fill. Having herself come out of Toronto’s Regent Park Neighborhood, Williams struggled to stay on track with the training she needed to supplement her natural born talent. Without the support of her coach, she may not have made it to the Olympics today. Read more about her inspirational story here.

Our hope at TIRF is that we can provide some support to students who may need a little additional encouragement to staying on track. Thank you to the women of Canada’s National Seven’s team for giving your time to encourage, motivate, and inspire young people ahead of some of the most important games of their lives. Best of luck to you in Rio!