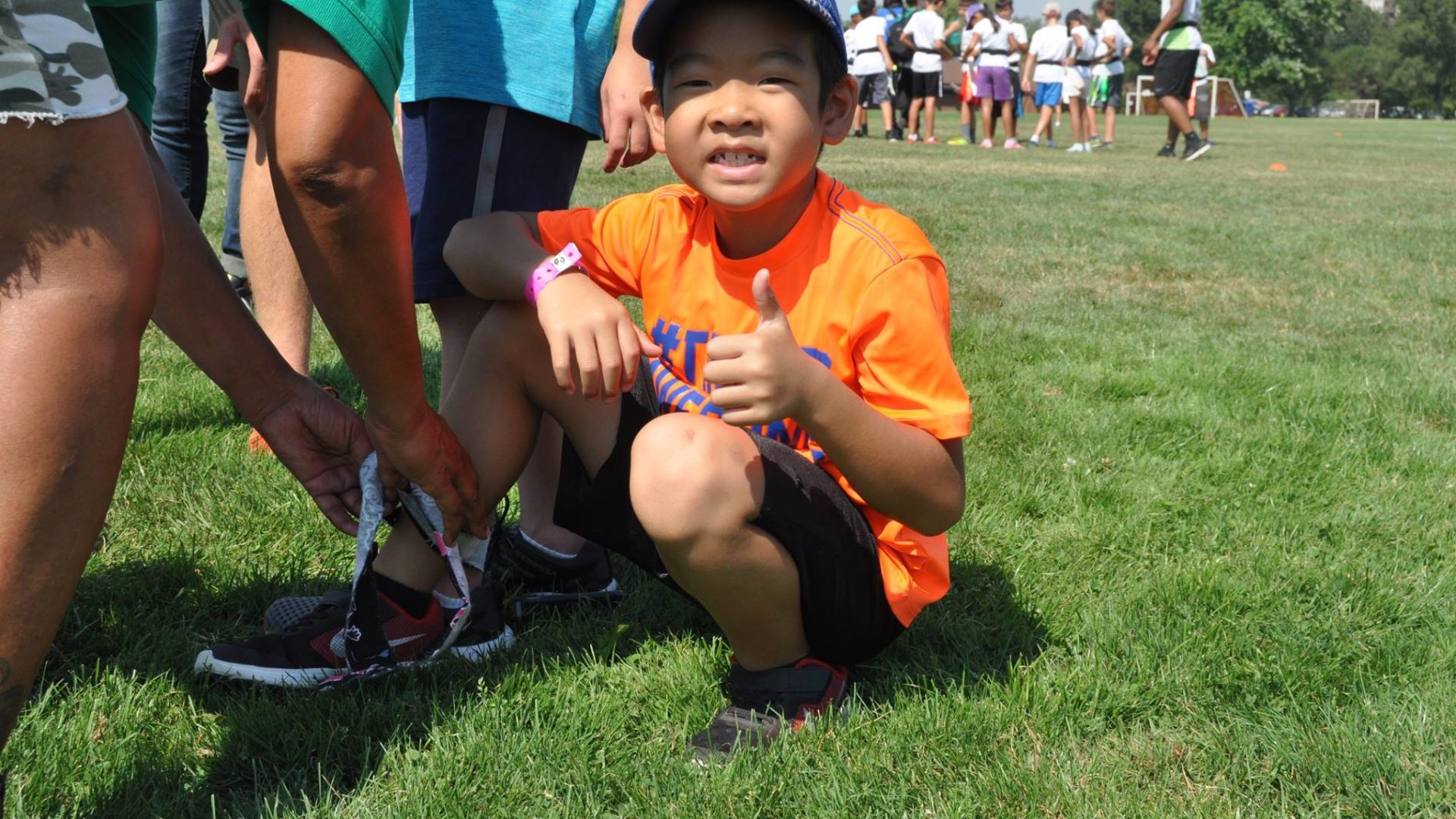 Over 250 Kids at Our First of Three Rookie Rugby Festivals This Summer. Thrills and Skills!

On Wednesday, August 10th 2016, TIRF interns came together to put on our first of three Rookie Rugby Festivals happening this summer at Eglinton Flats Sports Field. From 10 am – 3 pm, on one of the hottest August days to record, over 250 kids from west end house leagues, day camps, and school programs braved the humid weather to take part in a day focused on rugby development and fun. All summer ’16, interns located in the York and Etobicoke regions have been diligently working to teach the basic skills of the game to youth ages 6-12. The festival was a day to bring all the kids introduced to the sport of rugby together to celebrate the end of a successful Rookie Rugby season.

Not only were they there to practice the skills they have learned so far, but to participate in lots of fun games such as egg and spoon race, bean bag toss, obstacle course, capture the flag and much more! With music playing, free food being served, and enthusiastic attitudes the day was a success! TIRF had over 30 interns conducting games and promoting fun and safety through the duration of the festival. West end region leaders Luigi Iantosca and Ron Uzlaner organized and prepared this fantastic festival and set a positive tone that will continue through to our final festival taking place at Birchmount Stadium on August 17th, 2016.

The final festival will aim to deliver the same fun and interactive experience as the other two with its own unique style! Birchmount Stadium will expect to have over 400 kids participating in rugby related games such as 10 pass, ultimate rugby, and flag rugby as well as carnival style games and stations like target practice, scavenger hunt, face painting and much more!

We would like to extend our thanks to all our staff and interns, volunteers, Toronto Police Force, Pizza Pizza, Playing for Keeps and everyone else who make these festivals possible!