Learning Why We Acknowledge the Land

As part of TIRF's partnership with Canada Summer Jobs, staff participate in themed Professional Development Days on Fridays throughout July and August. July 12th's PD Day focused on education about the First Nations peoples of Canada, which was recommended as a step towards reconciliation by the 1996 Report of the Royal Commission on Aboriginal Peoples.

During the morning, TIRF staff were guided through the Kairos Blanket Exercise. The Exercise starts with all participants standing on blankets spread across the floor, representing the First Nations inhabiting the continent before KAIROS colonial contact. By the end of the Exercise, most participants have left blankets and sat on the outside of the area, representing the millions of lives lost as a result of colonial and Canadian actions for over two centuries. 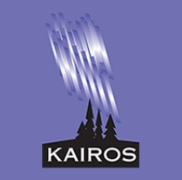 In the afternoon, Executive Director Amanda N. gave a presentation about making meaningful Land Acknowledgments. Amanda made the excelled point that when Land Acknowledgments are done, they're often generic and unmemorable. A well-done Land Acknowledgment should be tailored for the occasion and location; should mention a specific offense done against Indigenous people; and should open an avenue for those present to educate themselves and hold constructive conversations.

As an American citizen, Friday's education on Indigenous matters was insightful. Like Canada, the United States has forcibly relocated Native Americans onto reservations which make up a fraction of the lands they once held. The lands "left" for Native Americans in the United States is a pitiful amount, so learning that the entire area of the First Nations reserves in Canada would fit within the largest American reserve was shocking and upsetting.

As the child of a soldier. I moved across the country and have lived in Kansas and Oklahoma, where places were named in "honour" of Native American tribes, who were once forced to move to the region from the East Coast. I have also lived in Carlisle Barracks, the site of the Carlisle Indian School. Only in the last few years has the base begun to return the remains of child victims to their surviving families.

I now study in Philadelphia, Pennsvlvania, which was the ancestral land of the Lenape people. I intend to apply what I have learned about land acknowledgments when I return to Temple University.