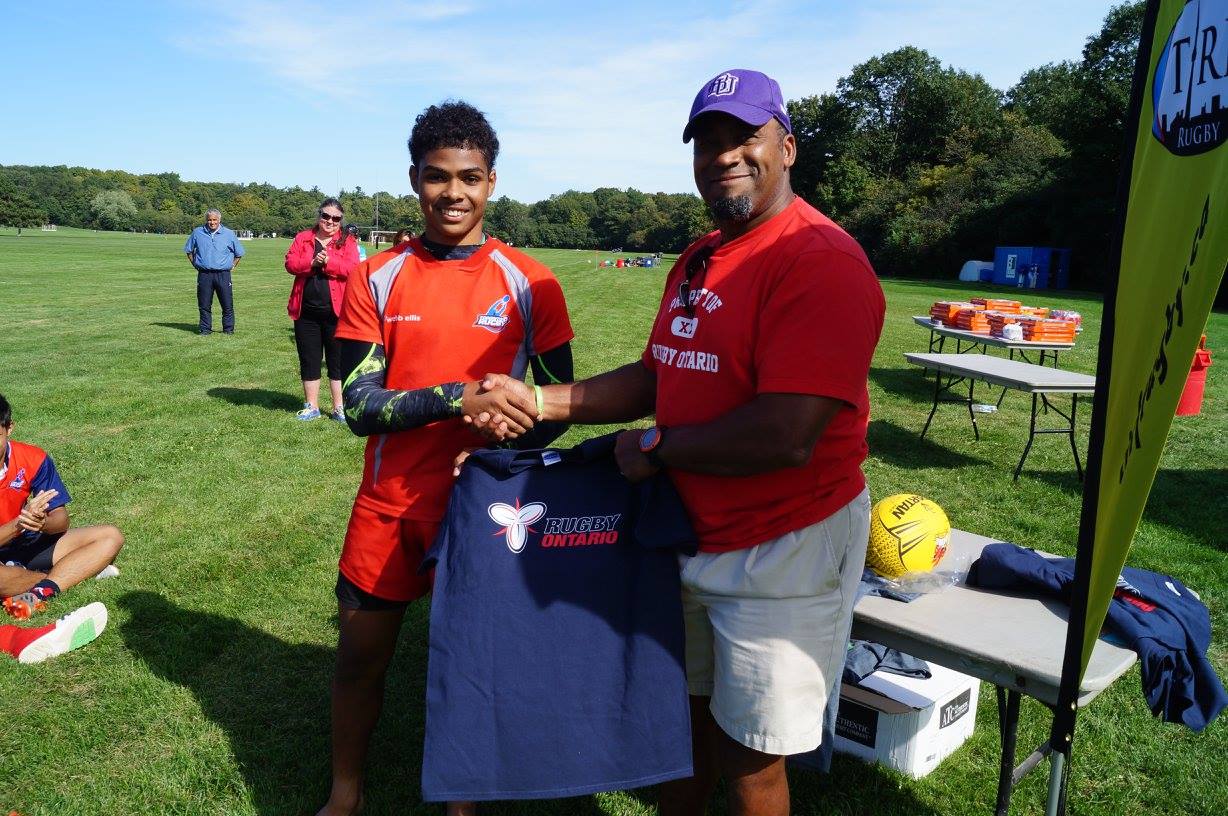 Second TIRF player to be invited to the Canadian Sevens Program

We are pleased to announce that last week, TIRF player Josiah Morra was offered a spot on the Canadian Mens Sevens Rugby team.

Josiah, currently a member of the Toronto Saracens, began playing rugby at Brebeuf College in North Toronto and has always shown considerable promise. He has been a member of TIRF since 2012, first playing with the Toronto Buccaneers Junior program which was spurred by the launch of TIRF and at the time, consisted of a majority TIRF players. In 2013, he was invited to join the TIRF Rising Stars Program, which identifies and provides opportunities for talented youth in Toronto’s neighbourhood improvement areas (NIAs). Side by side with their club training, the Rising Stars program encourages athletes to pursue their rugby dreams by providing specialized training, participation on competitive and representative teams, as well as tours. The program builds a pathway to enrich their lives as well as the prospects of regional and provincial teams.

Josiah showed his true strength as a player after a setback when he didn’t make it to Ontario U16’s squad in 2014 or the Ontario U17 squad in 2015. But rather than giving up, he put his head down and worked even harder at his game, leaping at frequent opportunities to train and work on his skills. By jumping at chances to teach at TIRF clinics, participate in open practices, and take any opportunity he could get to play, Josiah was able to hone his natural talent and advance his game to the extent that just one year later in 2015, he was chosen to represent the Toronto Rugby Union at the 2015 Inter-branch competition and the NYC 7’s championship teams.

Josiah will be heading out to Langford, B.C. to take part in the Canadian Sevens Program, which will have him training alongside some of the biggest names in Canadian rugby such as John Moonlight and Nathan Hirayama.

When asked how his experience with TIRF helped him along the way, Josiah said: “TIRF helped me financially by paying to include me on all the teams I have played for. They also helped refine my skills at all the open clinics they held featuring coaches from across the province… One of those coaches, Matt Burke, gave me plenty of help both on and off the field.”

Josiah follows in the footsteps of Kyle Lagasca, the first TIRF player to be carded for the Canadian Sevens program.

Congratulations Josiah and thanks for being such a great member of TIRF! Best of luck.

Since 2011, TIRF has been recruiting high school players and giving them the chance to develop through subsidized training camps and club-level play. And for those with the skills and drive, it provides financial support to play on provincial teams and pursue the dream of representing Canada someday. If you want to play rugby or want to bring it to your school, contact us for more information.

The TIRF Rising Stars program is possible thanks to the support of our donors. To help us continue building a pathway for our talented athletes, please consider making a donation.