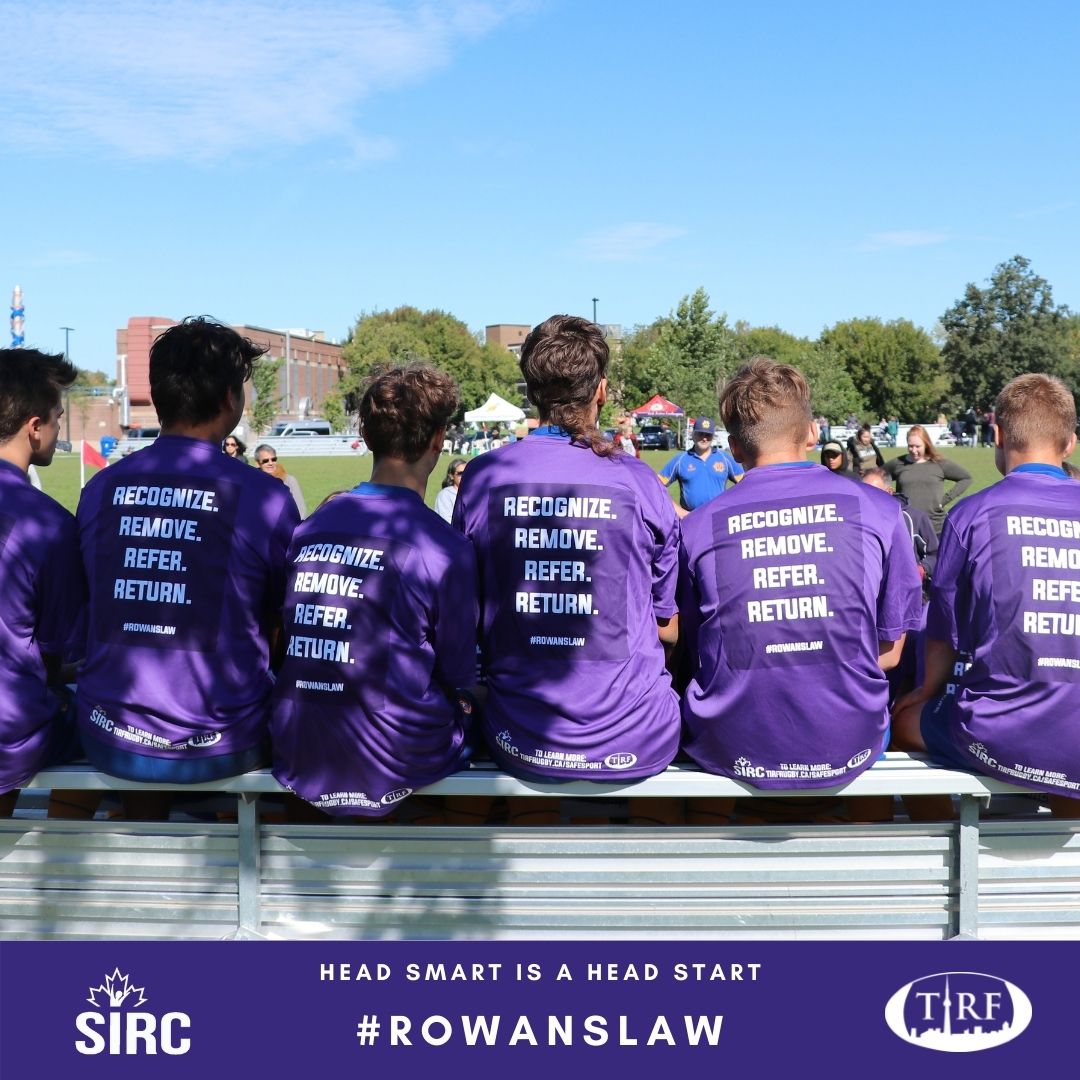 Toronto Inner-City Rugby Foundation (TIRF) is proud to reaffirm its commitment to advocating for concussion awareness and education for all stakeholders in rugby.

TIRF, in partnership with the Sport Information Resource Centre (SIRC), delivered Safe Sport programming to youth athletes and coaches to mark and celebrate Rowan’s Law Day. The programming was specifically focused on concussion awareness and education to ensure that players, coaches, and parents have the space to ask questions and be directed to the relevant and qualified resources that they need to compete and coach in a safe manner. 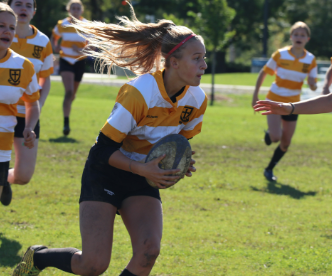 On Sunday, September 26, the 7-Minute 7s tournament kicked off on a sunny morning at Tubs and Gee Gage Rugby Field, with the tournament featuring both U-14 boys and girls squads. Among the participating club teams were the Toronto Nomads, Balmy Beach Rugby Club, and Oakville Crusaders. With the underlining theme of safety in mind, teams engaged in spirited 7-minute contests throughout the morning. During a break in the action, players and coaches from all squads came together for an educational Safe Sport Clinic with Daniel Gana, a World Rugby Certified Educator and teacher at Northern Secondary School who is currently involved in training officials for Rugby Canada. Mr. Gana demonstrated safe tackling techniques and stressed the importance of correct head positioning while going into contact to reduce the chance of concussions. Referees play such an important part towards safety in the sport. Highlighting safety was the main theme of this event, as well how all stakeholders play a role in safety and portraying the values of rugby: integrity, passion, solidarity, discipline, and respect.

Although the competition was fierce, the focus of the tournament was not on wins and losses. Players focused on honing their safe tackling skills, having fun, and competing as safely as possible. Coaches highlighted the importance of avoiding high tackles to reduce the risk of injury as well as penalty. At the end of the day, athletes were treated to a pizza party. The event was a victory and players left the pitch with smiles and a new appreciation for the importance of safety in sport.

The main official for the tournament, Stephen Stothers-Robertson, was pleased with how the event unfolded saying, “Rugby won today. It’s always great to be doing stuff with TIRF, and this event helped so many people learn how to play and tackle more safely.” Will, a young player for the Toronto Nomads, reflected Stephen Stothers-Robertson’s sentiment on the event saying “I had a lot of fun and learned how to tackle better.”

Speaking on the event after leading the Safe Sport Clinic, Mr. Gana emphasized that all stakeholders in rugby have a role to play in furthering concussion awareness and education saying, “Safety takes the whole community; players, coaches, parents, and teachers.”

Along with the generous support from SIRC, the event was supported by volunteers from the York University Lions Women’s Rugby Team, Ryerson Rams Women’s Rugby Team, and TIRF alumni. All participants received a Safe Sport athletic warm-up t-shirt that they can continue to raise concussion awareness for while wearing for practices. In addition to the webinar, tournament, and clinic, TIRF has consolidated resources in a safe sport web page (www.tirfrugby.ca/safesport). This is a resource repository where youth, parents, and coaches can easily access qualified concussion resources, links to SIRC materials, and player welfare resources. TIRF is proud to have partnered with SIRC in delivering meaningful and targeted Safe Sport programming to U-14 rugby athletes and coaches in the GTA.