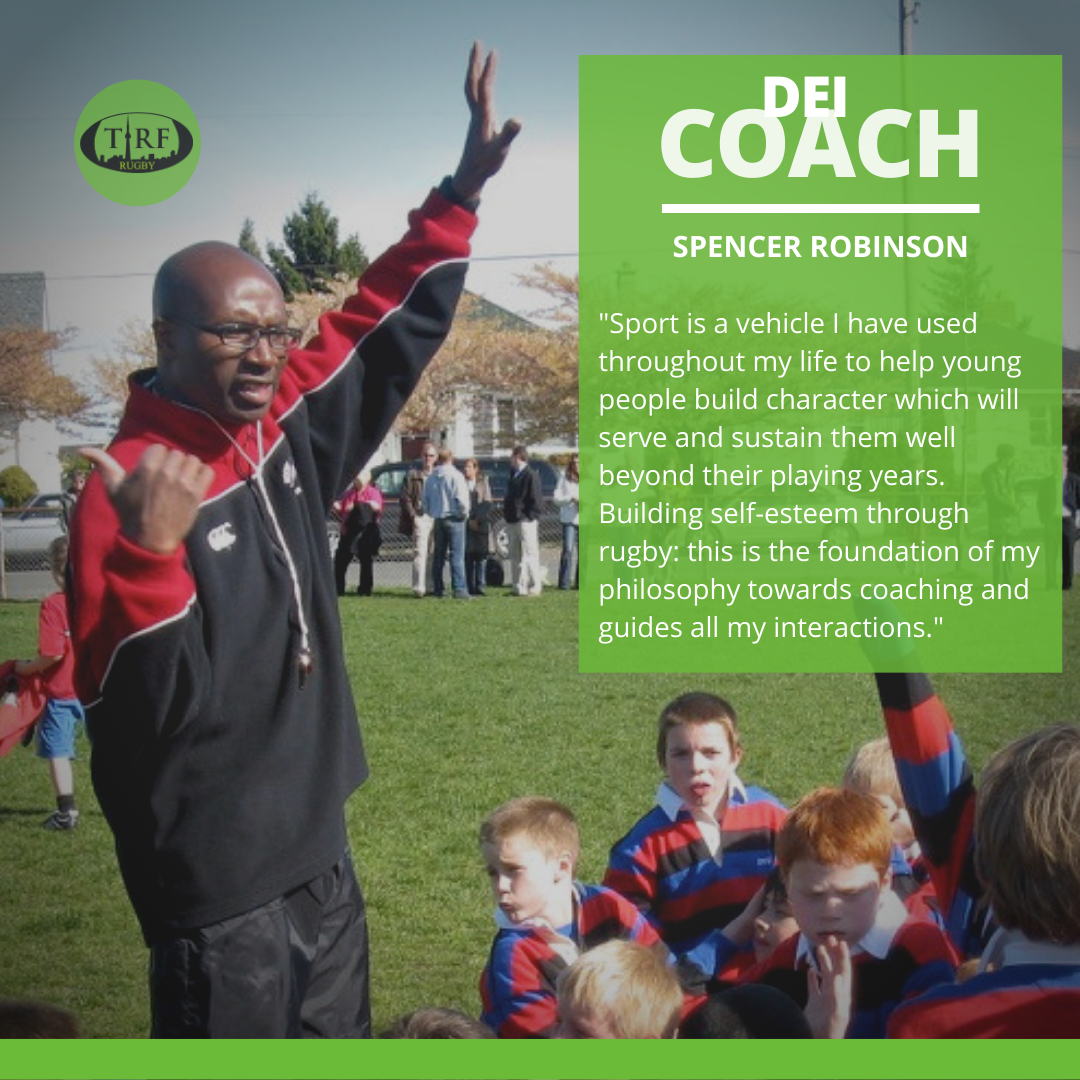 Toronto Inner-City Rugby Foundation (TIRF) is pleased to announce the appointment of Spencer M. Robinson as the Diversity, Equity, and Inclusion Coach of Youth Rugby and Belonging (DEI Coach).

A lengthy search was conducted to fulfil the newly created position, generously funded by a grant from the Ontario Ministry of Heritage, Sport, Tourism and Culture Industries. In his new role, Mr. Robinson will expand the delivery of TIRF’s youth and high-school aged programming in both high performance and community rugby areas, through a diversity, equity, and inclusion lens. Working directly with youth, aged 12 to 19, and youth-serving partners-in-play, Mr. Robinson will increase the engagement, and stewardship of, self-identifying BIPOC youth athletes onto, and through, the rugby player pathway.

Mr. Robinson arrives at the organization after previously serving as the Head of Rugby Development at Bishop’s University and after retiring from a 25-year career as Fire Captain of the Esquimalt Fire Department. He has thrived in growing and enhancing the performance and profile of the athletes and programs he has been involved with. In addition, Mr. Robinson has served as World Rugby Staff Coach and Technical Director of both the West Indies and the Guyana 7s programs.

Mr. Robinson is grateful to the love and support he has received from his wife Jane and their two children Jonas (University of Victoria) and Tate (Bishop’s University).

Spencer can be reached by email.

About TIRF
Toronto Inner-City Rugby Foundation (TIRF) is a rugby-centred community development organization that uses rugby as a tool for social good. TIRF, a registered non-profit founded in 2011, builds community through rugby in 31 of Toronto’s underserved, low-income and priority neighbourhoods. Working in partnership with Rugby Canada; Rugby Ontario, eight Toronto rugby clubs; school boards and community service providers, TIRF reduces the financial, geographical, and cultural barriers that prevent children and youth from participating in the sport.