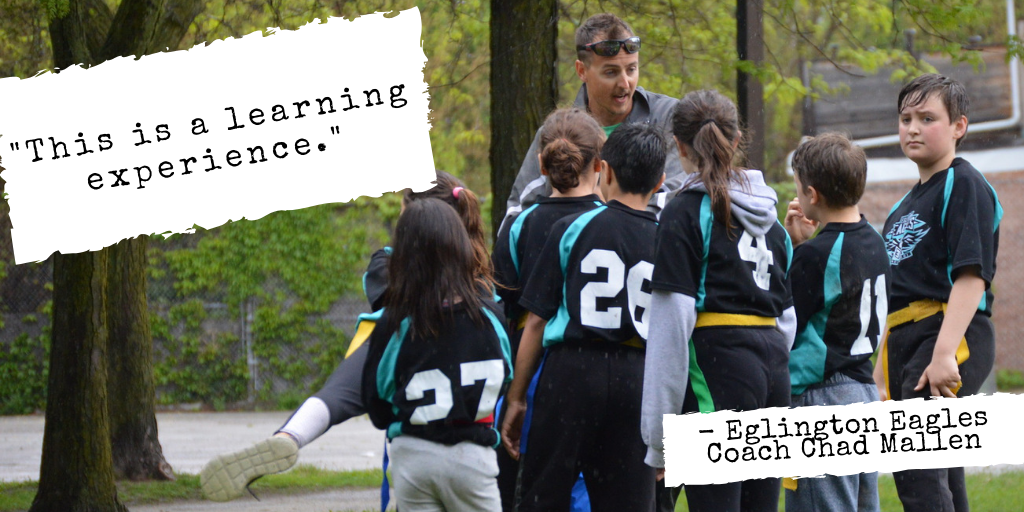 Rugby in the Rain

The Eglinton Eagles made their first tournament appearance after beginning practices in April. According to coach Chad Mallen, the Eagles do not have outdoor practice facilities.

"This is a learning experience," Mallen told his team after the Eagles' first game, a loss to Gledhill.

Evidently, the Eagles learned a lot. They won the rest of their games and took second place. The Eagles will also be participating in the Rose Avenue Tournament organized by the Toronto Inner-city Rugby Foundation later this month. 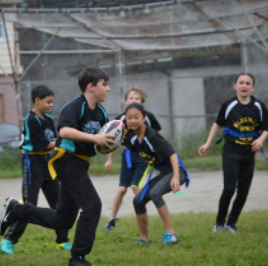 TIRF staff facilitated the tournament as referees. At the end of the tournament, TIRF invited the players to the Rose Avenue Tournament and encouraged them to continue in rugby. "You guys are great and should continue playing for the rest of elementary school," Hayder said.

"And your lives!" Jordan interjected.